Workhome Project → Opinion → Can, can’t and would – Part II

Can, can’t and would – Part II 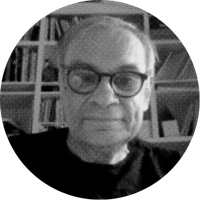 In the last several days, through the press and conversations with friends, Howard Davies has been thinking about three criticisms of home-based work, some already mentioned in previous posts. A follow-up to ‘People who can, people who can’t, and people who would if they could.’

New York City health care workers and others who can’t work at home, fearful of travel on public buses and subways because of possible contagion, are trying to find apartments to rent closer to their workplaces.

The first criticism is that many people can’t work at home. These include health-care workers, transportation workers, workers who operate complex machinery, retail clerks, restaurant and hotel workers, skilled and less skilled maintenance workers (plumbers, janitors), police and fire personnel, and many others. This may represent a majority of the work force.

Point well taken. Many people simply can’t, and indeed enjoy the work they do, and we need to turn the euphemism of ‘essential workers’ into fair pay and proper health protections for a lot of people – moving toward a demarginalization of a large chunk of the work force.

But there is another issue as well, that speaks to the larger picture of urban structure. In London, only a few percent of workers live in the same borough where they work. Last week there was a newspaper article about how New York City health care workers and others who can’t work at home, fearful of travel on public buses and subways because of possible contagion, are trying to find apartments to rent closer to their workplaces.

So even if working at home is not possible, what may more possible is working near home – and what this will take to achieve is policies that discourage social segregation in housing and encourage cities that have a finer mix of workplaces and dwellings that people who work in those workplaces can afford.

Two of the reasons we advocate for working at home will thereby also be achieved with ‘working closer to home’ – a reduction in commuting time and the stress it causes, and a reduction in fossil-fuel consumption.

Second, office workers, who make up the current bulk of people who may be shifting to home-based work, need interaction—often informal interaction—with others who are not their family; this is the case even if they spend most of the time working alone at a computer. From an article in the October 2020 edition of The Atlantic:

‘The social by-products of going to work aren’t found only in shared projects or mentoring—many are baked into the physical spaces we inhabit. Break rooms, communal kitchens, and even well-trafficked hallways help create what experts call functional inconvenience. “We have these interdisciplinary connections because people have to take the stairs, or the bathroom is on a different floor,” says Peter Berg, the director of the School of Human Resources and Labor Relations at Michigan State University. “Moving through that space in an inconvenient way is really important to connection.” People end up talking to their co-workers—complimenting a new haircut, asking how the kids are—when they’re corralled together waiting for the elevator or washing their hands next to each other in the bathroom. Over time, those quick encounters build a sense of belonging and warmth that makes spending so much of your life at work a little more bearable.’

This is also a legitimate criticism. But there are two avenues of solution. First, such office workers may not have to work at home every day. A split arrangement, in which people work at home part of the time and in the office part of the time is possible. And second, if informal interaction during the day is important, does it necessarily always have to take place with co-workers with whom work matters are not discussed? Here is where the neighbourhood in which the workhome is located is important. Suppose someone works in the office two days a week, and at home three days a week. And during those three days, there is interaction with people at the sandwich shop, at the coffee shop, etc. … in other words, the neighbourhood itself takes on the role that neighbourhoods should have—as the armature for that informal interaction. And then the worker has three places instead of two—the home, the office and the neighbourhood.

Finally. A friend told me yesterday that since the beginning of the pandemic, there has been an increase in domestic problems and even violence; families need to have a balance between being physically close and being out in the world.

A long time ago, one of my architecture teachers, who had been educated as a sociologist and done groundbreaking work in the user experience of housing, described her experience at a seminar on child abuse, in which she was asked to play the role of a single mother living in a small flat on the upper floor of a tower block. She was presented with a scenario in which her baby was unhappy and crying, and she was asked what she would do. Her first answer was, ‘Well, I’d take the baby down for a walk in the park.’ And the seminar leader said, ‘There are no parks nearby.’ Then, ‘I’d take the baby out on the balcony for some fresh air.‘ ‘No balcony.’ And after she made four or five suggestions, each of which was deemed unavailable, all that was left was the tiny flat, the crying baby and herself. She was really, emotionally playing the role, and with each rejected suggestion she got more and more upset, more and more hearing the baby scream and not being able to deal with the situation. And finally, ‘Well, I’d probably take the baby and throw it up against the wall.’

The point here is not to psychoanalyze my teacher, but to point up the fact that the physical environment is not neutral in its relationship to human behaviour. It does not determine behaviour, but it is also not neutral—it makes things easier, or harder, or more or less possible. So a question: To what extent are the new family problems that may have been occasioned by people working at home, and everyone being together all the time, abetted by (I will not say caused by) the design of the dwelling itself—the lack of dedicated space for work, the inability for people to get away from each other, a lack of flexibility that prevents people from being comfortable at work? A colleague of mine is now designing and building a small structure in her yard for her children, to provide a dedicated place for the schooling that will take place at home for the foreseeable future. Of course not everyone has the land or resources to do this, but the point is the recognition that physical design may play a role in the success or failure of the home’s absorption of activities that were formerly outside it. So that’s why one of the goals of the Workhome Project is to try to influence both public authorities and developers of new housing, to account for home-based work in the design of new dwelling units. And another goal is to design prototypes of those dwelling units.

But is the real problem segregation?

Right now the conventional understanding of the city is one of social and functional/occupational segregation, and this understanding is supported by government policy as well as development practice

What I’ve written above is an aspect of a more general issue: how cities can recognize and support the legitimate complexities of daily life and not attempt, through policy or regulation, to “tame” or reduce that complexity.

The current social/physical structure of cities, a product of several hundred years of the increasing abstraction of the functions of everyday life, as well as the silo-ization of people and economic functions, is in large part unhealthy. This is not to say that every instance of separation is negative, or that the city should be a completely homogeneous mix of people and economic functions. There are good reasons that the city should not. But right now the conventional understanding of the city is one of social and functional/occupational segregation, and this understanding is supported by government policy as well as development practice. The scales are tilted in favor of this separation, and it’s important to balance the scales. We should be working toward cities that support maximum variety of relationships between dwelling and work, and between different groups of people, rather than making it difficult for people and firms to operate in ways that are best for their daily lives and operations, as they define them.