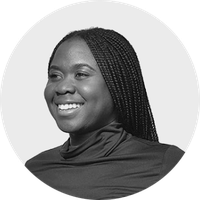 First in our Workhome Studies series showcasing the work of students and tutors in response to the Covid-19 pandemic, Tomi Akinyemi (TU Delft) writes about how her project seeks to create a social housing residential neighbourhood that affords opportunities for financial betterment through the use of integrated workspaces.

‘Even in a post-covid world, large companies are toying with the idea of flexible working’

The current mass housing stock does not cater to the contemporary way of life but rather forces its inhabitants to adapt their routines and rituals to the housing ideals of the post war era. With an increase in the number of people working from home, people’s domestic and professional lives increasingly coexist in one and the same domain. Subsequently, we as designers are tasked with finding innovative solutions of designing for this new way of life which celebrates the duality found in the coexistence of living and working.

The drastic change in increased numbers of people working from home have left many of our large office buildings vacant. Even in a post-covid world, large companies are toying with the idea of flexible working conditions as an integral part of working culture. This means a rise in the number of employees encouraged to work from home where possible. In doing this, two main issues amongst many arise: the first being an increased number of empty office buildings in need of repurposing. The second being further scrutiny of social housing and the range of flexibility available within them.

Tomi Akinyemi, ‘The Urban Slab’ – a new public gift to the city.

‘With the majority of our cities are built to capacity, why don’t we look at the current building stock for future use?’

The Working Home proposes a strategy that uses a largely disused building in the form of the Molenport Shopping Centre (Nijmegen, Netherlands) as a representative of vacant office buildings and proposes a social housing scheme that interrogates the relationship between live and work circumstances within a single residence. The project endeavours to create an architectural solution that takes a step towards meeting the need for more representative housing of society’s current challenges.

Architecturally, this existing building stock was a starting point for the design. With the knowledge that the majority of our cities are built to capacity, why don’t we look at the current building stock for future use. Here we can create opportunities through interventions that repurpose and reimagine spaces within our cities by giving old buildings a new lease of life. Through the retention of the ramp and the structure of the Molenport Shopping Centre, The Working Home explores this avenue of repurposing.

With the knowledge that one size does not fit all, this project aims to learn from previous live/work projects but also contribute to the study that explores the notions of the ‘workhome’ – a phrase coined by Frances Holliss in 2007.

Under the theme of reuse, the project’s masterplan uses the retention of a few key features as a basis for design. These include the structure and roof of the Molenport Shopping centre (referred to as the Slab) which is currently an underutilised carpark, the existing atrium and the existing ramps which provide access to adjacent streets. On the ground and first floors, the residential scheme comprises of a nursery, nine 3-bed units, eight 2-bed units and a variety of workspaces. Above the Slab, the scheme comprises of a terraced nature walk leading to a café, five 1-bed units, 7 studio flats and more workspaces. By providing a variety of living and working amenities, the proposal creates a neighbourhood that can easily contribute and plug into the existing urban context.

This project stems from an interest in people. How they live and interact with each other through exploring their likes and dislikes, their needs and wishes. To explore this notion of people and their interaction, the research undertaken looks at compiling people’s stories and contextualising them within the city of Nijmegen.

To adequately create design solutions for contemporary issues, the success of The Working Home relies heavily on the observation and study of the everyday/mundane activities that take place within both the private and public realms within the city. By asking people to film themselves carrying out mundane activities present in an entry sequence, the research was able to reflect on key moments that speak to the design of an individual’s space and how it influences the way they use the space.

Entrance below the Slab. Tomi Akinyemi, The Working Home, 2021.

Albeit designing during a pandemic, the research attempts to maintain the initial idea of exploring people’s routines and rituals in order to respond to them through the design. The project seeks to consider the individual’s story and their needs within an ideal neighbourhood. One of the main target users were the single parent families, which through the research, showed that this group was a noticeably large proportion of modern-day society.

Therefore, The Working Home attempts to embed the needs of being a single parent into the design of the social housing residential neighbourhood. By creating a project that focuses on community and passive surveillance, single parents are able to proceed with other activities and responsibilities with the assurance their children are exploring and playing in a safe environment.

To conclude, The Working Home seeks to create dwellings that respond to the current needs of society by questioning the status quo of mass housing that is rapidly churned out by developers. It strives to highlight the importance of access to extra square meterage within a dwelling, as this enables individuals to earn a living within their residences. The Working Home affords the opportunity of extra space for work to be a minimum requirement in social housing rather than something that is exclusively accessible to those with means.

The Working Home is a necessary part of social housing’s future.